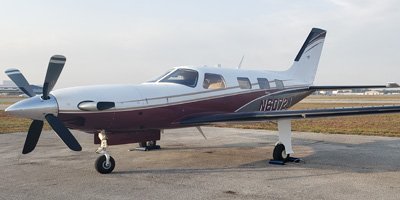 The Piper Malibu Meridian is a single turboprop engine, pressurized, retractable gear aircraft produced by Piper from 2001 until 2015. Model PA46-500T seats up to 5 passengers and 1 pilot.

In 1997, Piper announced its intention to market a turboprop-powered version of the Malibu, and flew a prototype the following year powered by a Pratt & Whitney Canada PT6A-42A of 500 shp. Certification was achieved in September 2000 and deliveries began in November that year. Changes made to allow for turboprop power include larger wings and tail surfaces. In 2009, Piper began offering the Meridian with a three-screen version of the Garmin G1000 including the Garmin GFC 700 autopilot as a replacement for the Avidyne Entegra system.

The Piper Meridian is a prime example of when performance meets efficiency. The Pratt & Whitney PT6A-42A turboprop engine allows for notable speed and agility, with 500 horses pulling passengers to altitude with ease. Holding the title of both lowest fuel burn and lowest acquisition cost in its class, the Meridian also displays an unmatched value.