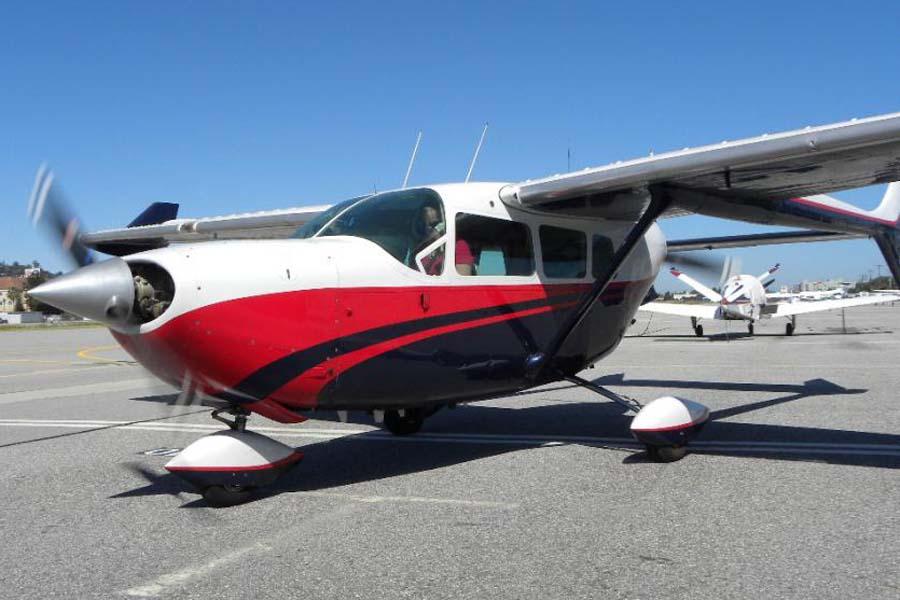 View All Cessna 336 Aircraft For Sale

The Cessna 336 is a six seat, high-wing, twin piston engine aircraft built in a push-pull configuration with twin boom tail structure produced by Cessna in 1964. Distinguishing features are: fixed landing gear and constant-speed propellers. Model 336 seats up to 5 passengers and 1 pilot.

The Cessna Skymaster is an American twin-engine civil utility aircraft built in a push-pull configuration. Its engines are mounted in the nose and rear of its pod-style fuselage. Twin booms extend aft of the wings to the vertical stabilizers, with the rear engine between them. The horizontal stabilizer is aft of the pusher propeller, mounted between and connecting the two booms. The combined tractor and pusher engines produce centerline thrust and a unique sound.

The first Skymasters, the model designation 336, were a novel concept in that one engine was in front and other in the rear. This was an effort by Cessna to eliminate the asymmetric thrust problems that more conventional twins suffered in the event of an engine loss. These new airplanes were so unique that the FAA eventually created a new multi-engine rating for “centerline” thrust aircraft, a concept that the Cessna Skymaster originated.