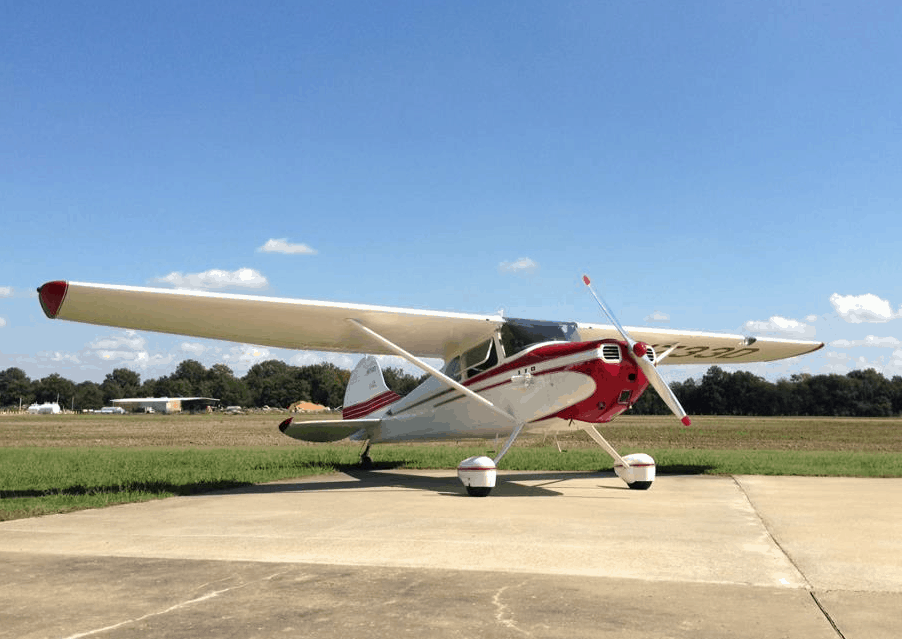 View All Cessna 170 For Sale

In late 1948, Cessna began sales of the 170, with a metal fuselage and tail and fabric-covered constant-chord wings. These earliest 170s were four-seat versions of the popular 140 with a more powerful 145 hp (108 kW) Continental C145-2 and larger fuel tanks. Like the 140, they were constructed of metal with fabric-covered wings supported by a “V” strut.

1949 Switching To An Aluminum, Tapered Wing With a Single Strut

In 1949 Cessna began marketing the 170A, an all-metal 170 with zero-dihedral wing tapered outboard of the slightly-enlarged plain flaps, and a single strut replacing the “V” strut of the 170. This and subsequent versions of the 170 shared the fin/rudder shape of the larger Cessna 190 and 195 models. 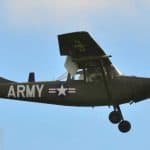 In 1950, the United States Air Force, Army and Marines began using the military variant of the 170, the Model 305, designated the L-19 and later O-1 Bird Dog by the military. It was used as a forward air control and reconnaissance aircraft. The Bird Dog was extensively redesigned from the basic 170 and included a revised tandem-seat fuselage and a wing with large modified Fowler flaps that deployed up to 60°.

In 1952, the Cessna 170B was introduced, featuring a new wing tapered outboard of the flaps, incorporating dihedral similar to the military version. The B model was equipped with very effective modified Fowler (slotted, rearward-traveling) wing flaps which deflect up to 40°, adapted from the C-305/Bird Dog, a wing design that lives on in the Cessna light singles of today (constant NACA 2412 section with a chord of 64 inches (1,600 mm) from centerline to 100 inches (2,500 mm) (the outboard end of the flaps), then tapering to 44-inch (1,100 mm) NACA 2412 section chord at 208 inches from centerline, with three-degree washout across the tapered section). The 170B model also included a new tailplane, a revised tailwheel bracket, and other refinements over the 170 and 170A. It was marketed in 1952 for $7245.

In 1955, Cessna Swapped The Rounded Side Window For A Square.

The 170 is equipped with conventional landing gear, which is more challenging to land than tricycle landing gear. In 1956, Cessna introduced a replacement for the 170 that was essentially a nosewheel-equipped 170B with a square tailfin, designated the 172. 170 production was halted soon after the 172 became available.

Between 1951 and 1955 Cessna used modifications of the 170 and its derivative, the U.S. Army L-19, as test beds for Boundary layer control research, under contract to the Office of Naval Research and the Army Transportation Corps, designating them as the models 309 and 319. The project was done in conjunction with the University of Wichita which conducted extensive wind tunnel tests of the concept. The model 309 utilized the German World War II Arado lift-increasing system in which a jet pump inside the wing sucked in stagnant air from the flap area, energized it and blew the higher-speed air over the ailerons. Various chemicals and enhancements were used to power the jet pump. Better results were obtained by departing from the Arado jet pump method and using an engine-driven generator to power electric motors driving axial fans to move the internal air. This concept was adopted on the Model 319 but substituted an engine-driven hydraulic pump to drive hydraulic-powered axial fans. This model was more successful and resulted in the highest lift capacity, as measured by the maximum lift coefficient recorded up to that time. The 319 demonstrated the capability of taking off in 190 ft (58 m), landing in 160 ft (49 m) and clearing a 50 ft (15 m) obstacle in 450 ft (137 m). The aircraft had a stall speed of 28 kn (52 km/h). The 309 and 319 were meant to be research aircraft only, and no plans were developed to incorporate boundary layer control technology in then-current Cessna models. An adaptation of the concept, used only to improve landing performance, was incorporated in U.S. Cold War fighter aircraft like the United States Air Force Lockheed F-104 Starfighter and the multi-service McDonnell Douglas F-4 Phantom II.In

Search for Cessna 170 for sale now!