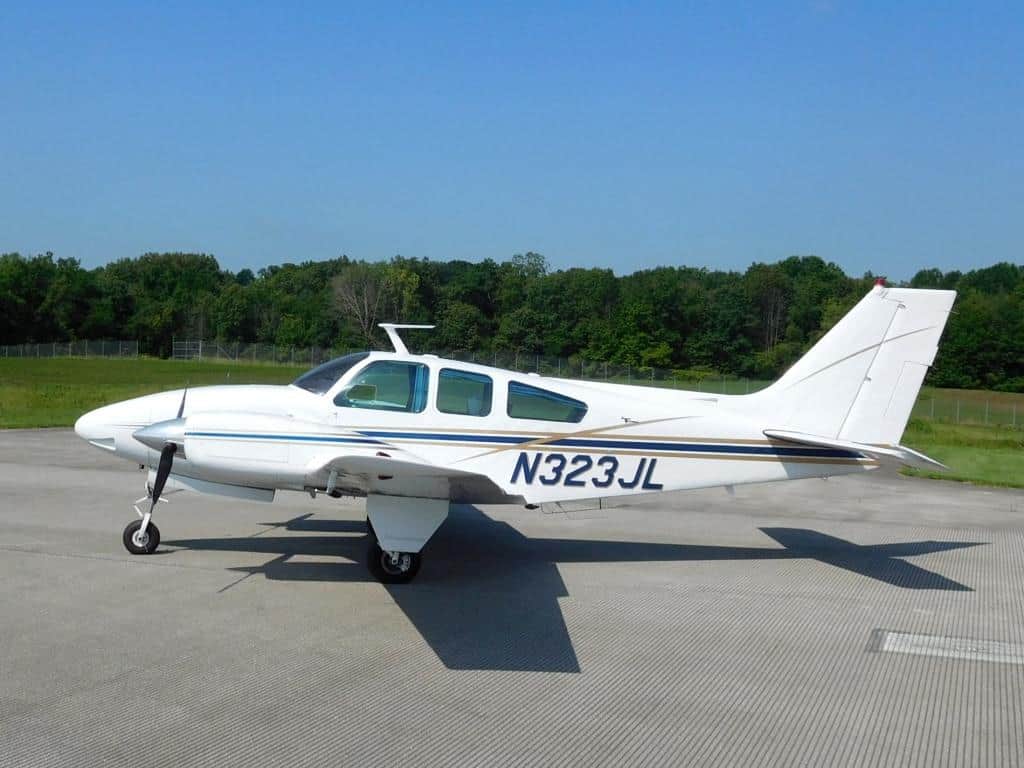 It is a twin-engine, piston aircraft configured as a cantilever low-wing aircraft with a conventional tail. Distinguishing features are: retractable landing gear, variable pitch propellers. Model D55 Baron seats up to 5 passengers and 1 pilot.

Big-engine Beech 55 Barons are easily identified by the air scoops atop the cowlings. The difference in length is less obvious, but it shows up when it comes time to load the airplane: The nose baggage compartment is larger, as is the cabin. Other differences included the level of standard equipment, and the availability of a 166-gallon fuel system on the big-engine version.