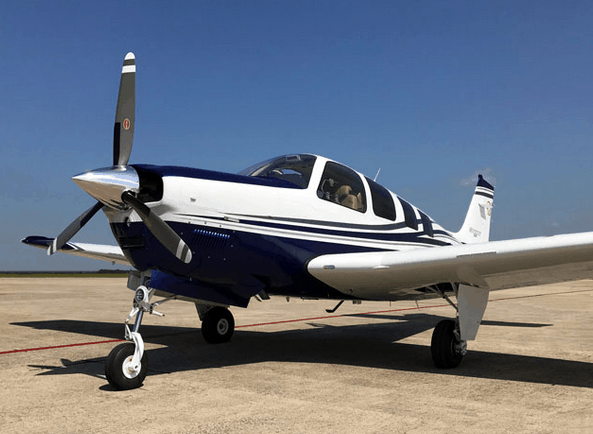 Beech added a turbocharged version of its Bonanza A36 in mid-1979. The aircraft is certified to a maximum operational altitude of 25,000 feet and has approximately the same takeoff distance as the A36. Power is supplied by a 300 hp Continental engine, which conforms to the minimum horsepower concept introduced on the Baron 58P and 58TC in 1977. The A36TC has a gross weight of 3,650 pounds, which is 50 pounds more than the standard A36. A shortened three-blade propeller reduces tip speed, increases ground clearance, and reduces noise.

Standard features on late models of both the normally aspirated and turbocharged versions are an extended rear compartment for up to 70 pounds of baggage, bringing the baggage total to 470 pounds with four seats occupied; 15-degree approach flap setting; and optional propeller anti-icing.

In 1982, Beechcraft replaced the A36TC with the B36TC Turbo Bonanza. The new design mated the longer Baron wing to the Model 36 fuselage, and fuel capacity was increased from 74 gallons to 102 gallons. Service ceiling for the A36TC and B36TC remained at 25,000 feet. Production of Model 36 Bonanzas totalled some 3,390 by early 1989. The final year of production for turbocharged Bonanzas was 2001. The B36TC’s production run ended in 2001. (courtesy All-Aero)